All articles tagged with "Tease"

This guy thought highly of himself but to this mistress, he was only good for being a pay slave. She did not think he could be much else to her and so she did not hesitate to dominate him which she did. The mistress made sure he was humiliated, in pain from slaps and kneeling and then she turned him into a financial slave. He never told her no as he knew the consequences would not be pretty.

Madame Svea knew that this guy was gullible and she had to take advantage of him for her own selfish needs. That is why she chose to dominate the guy and do it in a way he had never experienced before. She acted as if she was teasing him and without him noticing, she milked him dry using sweet nothings. He went home with empty pockets and yet he had gotten virtually nothing from her.

Mistress Emily is as hot as they come. And she is naughty too. Knowing this about herself, she had to find a way to make money for herself and she felt that the best way to do it was to use financial domination. The mistress did not hesitate to do it and in no time, she had gotten so popular and she had gotten skilled to the point that she made some good cash in the process.

Mistress Medea wanted to humiliate her paypig because she did not like the idea of a broke paypig as it would trickle down to her and that was not something she wanted to even imagine. So she wore her sexy lingerie and she used it to humiliate him. She teased and denied him then used that to motivate him not to be broke again. She waited to see the results of it.

Goddess Harley found out that it was this guy who had to led to her losing a lucrative contract. She was so pissed but she knew the only revenge she could have on him was financial and so since they had not met personally, she used her charm on him and in no time, he was into her and he was fond of her. And that is how she turned him into a paypig and she got the came up with a way to get the money she would have from the contract. 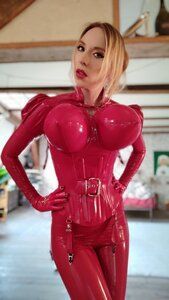 Mistress Maddy facesits on guy and dominates him financially

This guy had money and mistress Maddy wanted some of it for herself. And she knew that the best way for her to get it was to turn him on. That way, he would not be in control of all his mental faculties and she could take advantage and make him do what she wanted. That is exactly what she did and she got him to lick her ass and do what she wanted which was to shower her with money.

Goddess Kiffa had no use for this broke findom slave and she told him as much. He tried to explain to her that it was temporary but she did not want a lot of stories. She told him to be useful and lick her feet and her flip flops and since he wanted to prove himself, he got down to business and gave her a licking she could not complain about.

This Russian mistress had interest from this guy and she knew that she had to turn his interest in her into money for her. And so she turned him into her pay slave by hypnotizing him and also teasing him. He did not know what was going on as she made him her human credit card and she had fun denting his pocket for her own benefit. She made him think that it was in his best interests.

Goddess Nika had stinky socks which she wanted to use to make some money for herself. She was tired of using her hot body to tease guys and then financially dominate them. So she chose to do it by making this loser smell and choke on her stinky socks. He had to pay her to stop doing that to him and that is how she made money out of him.